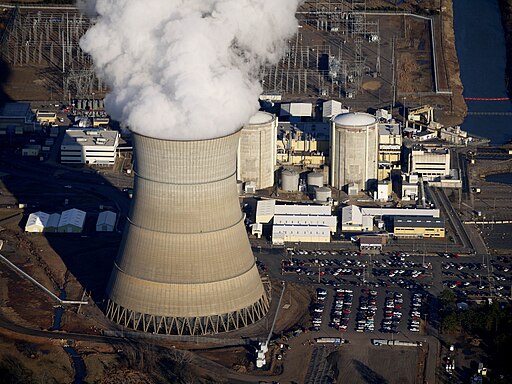 James Hansen is the climate scientist who first loudly and persistently proclaimed a risk to society of global warming and the consequent climate change and acidification of the oceans. Recently he and a few others suggested that a vigorous expansion of nuclear power is the only option for producing enough power to completely replace fossil fuels for energy production.

To achieve this goal would require the construction worldwide of over one hundred reactors a year, every year till 2050. As the United States uses something like twenty percent of the world’s energy, our share of the nuclear construction would be about 20 to 25 reactors every year. Conservatively that would be close to 700 nuclear reactors. Based on population that would mean about 7 new reactors in Arkansas alone.

This is a construction rate far, far beyond the heyday of reactor construction in the 1970s. It is just not going to happen for several reasons. Hansen has blamed environmental concerns for blocking the expansion of the nuclear power industry and there may be some truth to this. Past catastrophic nuclear reactor failures loom over the industry. And the seemingly intractable, politically at least, problem of permanent storage of high level nuclear wastes. The best we have come up with so far is on site storage in concrete containers – essentially the radioactive spent fuel rods are placed in casks standing around in parking lots adjacent to the reactors.

Environmental concerns are not the real issue, it is that nuclear power can’t compete economically. The extremely long planning and construction time make essentially impossible to stay on budget. The Union of Concerned Scientists report that the cost for the planning, construction, and licensing has gone from an estimated 2 billion dollars in 2002 to an astounding 9 billion in 2009.

The fuel costs for nuclear power are now relatively modest, but in a scenario with 700 nuclear reactors requiring Uranium, the cost will be substantially greater. Most likely fuel reprocessing will be necessary to produce new fuel but also to deal with the waste stream from all these reactors. Reprocessing fuel will add to costs and increase the risk of additional handling of radioactive material. Both accidents at reprocessing plants as occurred to at Kerr-McGee facility in Oklahoma, or the possibility of diversion to terrorists as weapons.

The future may see some expansion of nuclear reactors, as they serve an important function for baseload power, but something will have to be done to control costs. Savings via deregulation is a non starter. In fact increased regulation may save money. Standardized designs and construction methods may be able to contain costs somewhat. Additional subsidization of the nuclear industry via taxpayer backed insurance is a must. When it comes to the nuclear industry; capitalism, meet socialism.

This site uses Akismet to reduce spam. Learn how your comment data is processed.